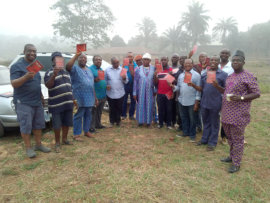 NSU Development & Cultural Association – North America is a dedicated charitable organization that is committed to helping people in need in Nigeria and across the globe!

In order to help people climb out of poverty into better lives, we raise funds, provide community projects, and make sure that everyone has the opportunities they need to strive and overcome the situations where they find themselves in today.

Nsu, a pedigree clan found on the south-eastern heartland of the land of the rising sun of the old Okigwi Province is a home an Nsu son or daughter will always be proud to call a home. Coordinates indicate that Nsu lies within longitude 7 degrees 10 minutes and 7 degrees 55 minutes east and latitude 5 degrees 55 minutes and 6 degrees 15 minutes north. It is bordered to the west by Umualumaku; to the Northwest by Umunumo; to the North by Nzerem and some part of Uboma; to the Northeast by Uboma; to the East by Amakohia/Umuderim/Oriembara; and to the South by Umuezegwu. Population is not easily determinable but guesses put it at 300,000. Nsu was the son of EBICHI, and he had 9 sons who now constitute the 9 towns/villages hence we say Nsu nwa Ebichi ukwu iteghite (which literally connotes Nsu, the son of Ebichi who has 9 legs). Nsu had an Eze, His Royal Highness Eze F.B. Nduka the Ebichi 1 of Nsu.of blessed memory By virtue of consanguinity, the towns placed in order of seniority are made up of the following: 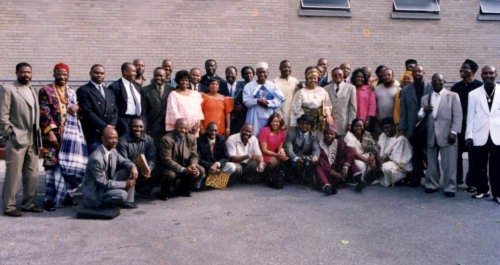 In 1985, Nsu was upgraded from clan status to urban status and the villages were therefore promoted to towns. All inter- and intra-town roads were given street names, courtesy of the late Prof. M.O.Ijere. Nsu has deities which are dispersed within the towns but the supreme deity among them is the Urashi, which is the supreme deity and has its abode at the Afo Agbaghara market.

Being a culturally monolithic entity, Nsu has always believed in oneness of purpose and destiny and this philosophy of cohesion and synergism has been instrumental to some of the milestones it was able to achieve during the last century. Believing also in the “sauce for the goose is also sauce for the gander”, which is to say that what other communities can get from the public source she can also provide for its peoples. Through this “help yourself” commitment, Nsu has been able to do extra-ordinary things for herself, like having the Nsu Post Office, our pipe borne water and the Catholic Cathedral, all in the 1950s and the Nsu Community Bank in the 1980s. Nsu does not only believe that union is strength but also knows that where there is a will, there is a way. All these would not have been possible without the love for Nsu.

Like most Igbo communities, our people love coming together to solve problems instead of individualizing. The Igbos believe in the gathering of the kindred at the “Isiulo” to discuss issues concerning the kindred. Nsu is no exception to this scenario. In the 1950s the educated Nsu sons and daughters took this a little further by forming an Association: the NSU YOUTHS ASSOCIATION (NYA). The composition of the NYA was the sons and daughters of Nsu who had the where-withal to put Nsu on the road of emulation. As time progressed the NYA became the rallying focal point where issues concerning Nsu were discussed and decisions made. The Nsu Youths Association later metamorphosed into the Nsu Development Union (NDU). Nsu sons and daughters wherever they were took cues from motherland and formed their own associations with varying names. Students in the institutions of higher learning, universities, colleges and high schools formed the NSU STUDENTS UNION. Cities with handful of Nsu sons and daughters formed their own Nsu Development Union. Lagos and Jos had the most viable and vibrant followership. Other cities had their branches and these aggregates comprised the NDU National Assembly with a presiding President General. The first President General NDU National Assembly had was our academic and erudite scholar and son, late Prof. M.O. Ijere. The President General is the administrative head in Nsu governance. The 26th of Dec. is NSU DAY. A day Nsu effuses with warmth and hospitality and feted the competitions of the EBICHI CUP final for football and the Mrs. ONWUDIWE’S Cup for the net-ball for women.

In 2002, this same spirit of synergism of the Nsu man under the auspices of Uche Anyanwu brought a few Nsu sons living in New York together and they formed the Nsu Development Union (NDU). With Uche and his compatriots’ guidance, the NDU New York extended its calls to other Nsu sons and daughters in other States in the USA and when they felt that their calls had produced a critical mass, an inaugural of the Association was set for May 25th 2002. On that day, Saturday, May 25th, 2002 the NSU DEVELOPMENT AND CULTURAL ASSOCIATION for the Americas was born. Prof. Ebere Nduka was elected the first President. After his tenure ascended Sir Chuck Okeadu who then passed the baton to Chief Uzo Uzoma. The NDCA snowballed into a larger organization and incorporated Nsu in Canada.

For NDCA, the first decade from 2002 to 2012 was the formative and transitional period in which we tabled projects and programs but ended up in executing a road project and two medical missions.

The second decade which started in 2013 kicked off with some proposals of robust projects and programs among which was the building of a hospital for Nsu. After lengthy discussions weighing the pros and cons of building a medical facility, the building of a hospital later became the front burner project and on Dec. 30th 2013 a ground-breaking ceremony was held for the commencement of the project. To add credence to the realization and consummation of this project our Nsu son, Dr. Steve Ikechukwu Madu, an adroit medical Doctor of enviable repute was elected the president of NDCA. It might be pertinent to mention that he, Dr. Madu was the Chairman of the Medical Committee that handled the first logistic phase of the building of the Hospital. The giant stride about the hospital has been taken and all machineries have been set in motion.

To all those who have worked assiduously to place NDCA in the pedestal it finds itself today, we say thank you and also pray you to continue your relentless effort until all deeds are done in the realization of NDCA dreams.

Finally, please be informed that NDCA is a 501c not-for-profit organization and we welcome and appreciate help coming from friends, well-wishers and donor agencies to help it in the realization of the projects and programs it has set for itself.

If you are interested in learning more about what we are doing and how we are striving to make the world a better place, one person at a time, please do not hesitate to give us a call today at 1-709-424-9565. 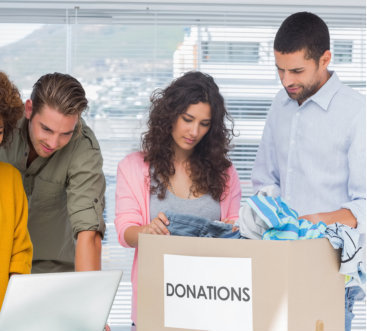